Why choose for studying abroad in Granada?

Located towards the south of Spain, Granada has a distinctly North African feel, the result of centuries of Moorish rule. The most famous feature of this legacy is the spectacular Alhambra, a huge castle which overlooks the city.

One of the most interesting things about Granada is its intercultural atmosphere. The city of Granada was part of a Muslim territory called Al-Andalus and it was not retaken by Spanish Christians until 1492. As a result, you can see a lot of Arabian architecture and culture all over the place but at the same time, you can also see the European architecture and the typical Spanish culture. Add to all of that a place where people from all over the world get together, mostly for studying, and you will get a city where any culture, style, personality and background is accepted with almost no prejudice, which makes it a perfect place for international students.

Probably the most popular part of the city is Albayzín, a medieval Arabian district full of narrow streets surrounded by typically white houses. Without any doubts, my most favorite parts of Albayzín are its small Arabian tea-rooms which offer a great variety of tea products and the well know “miradores” which are basically viewpoints from where you can see the whole city of Granada and its most famous monument called Alhambra (a medieval Arabian fortress which is definitely worth visiting).

Regional traditions in Granada include a custom of serving free tapas with every drink you order, which means that for a price of around 2 Euro you can get a drink (beer, wine or a soft drink) and you will get a small portion of food. Depending on each bar it can be more or less food but normally it is the best and the cheapest way of having a dinner outside or to socialize with your friends or classmates. 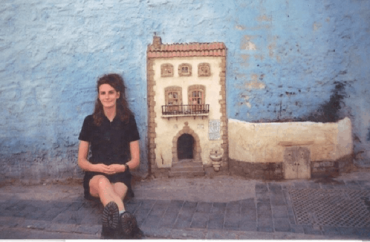 Barcelona on a teeny budget

Learn how Maud had a great time in Barcelona on an economical budget.

Granada is a culturally rich city which combines traditional Andalusian culture (such as flamenco) with the most modern styles. Some of the most distinguished events/places are Parque de Las Ciencias (Science Park) which you can visit on any day, Noche en Blanco (White night) which takes place on March, and the International Festival of Music and Dance, that normally taking place in June and July.

During the school year, students account for the biggest part of Granada’s population. When it comes to education opportunities in Granada there is only one university in Granada called the Universidad de Granada. However, it is quite big, hosting some 80,000 students with faculties placed in five different parts of the city, so as a student, you will feel like Granada is a perfect place for you to stay.

Obviously, the fact that there are so many students in Granada leads to its reputation as a city where the party never ends. On Fridays and Saturdays but even on Thursday evenings (on some of the faculties there are no classes on Fridays), streets get full of people going to party or “tapas”. The most famous street for these activities is called Pedro Antonio but, in fact, there are a lot of clubs and bars all over the city centre. 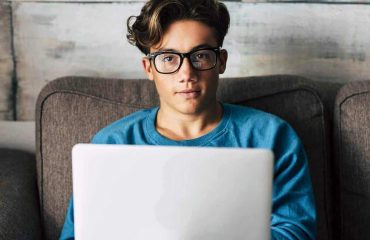 What can an education consultant do for you?

Cost of living (Euros per month)

One way to handle the cost of studying abroad in Granada can be to work part-time during semester breaks or even in parallel to your studies. Students with a student visa can work up to 20 hours per week in any given sector. If you desire to work more, then you need to sign up for a work permit and a residence visa which you can acquire at the Spanish Consulate in your home country.

For most jobs you will also need to speak and understand Spanish. You can also work as an intern at a university. Wages in Spain are not as high as in some other Western European countries, but on the other hand this is mirrored by a relatively low cost of living. Depending on the hours worked you can expect to earn up to 600 – 800 Euro per month for a student job or internship.

Contact LEAP to receive more information about the current students’ jobs available in sectors as: 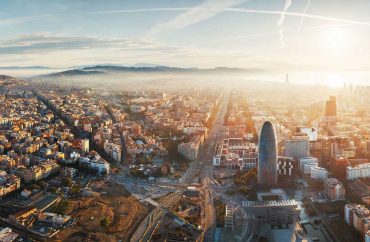 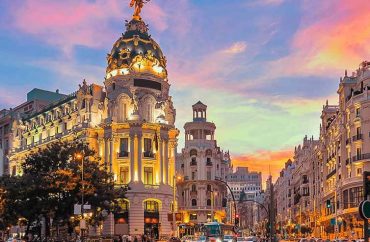 Study in the center of the economical power engine and immerse into the passionate Spanish culture in the heart of Spain. Madrid ranks as the 27th most popular city to study globally.

This website uses cookies to improve your experience while you navigate through the website. Out of these, the cookies that are categorized as necessary are stored on your browser as they are essential for the working of basic functionalities of the website. We also use third-party cookies that help us analyze and understand how you use this website. These cookies will be stored in your browser only with your consent. You also have the option to opt-out of these cookies. But opting out of some of these cookies may affect your browsing experience.
Necessary Always Enabled
Necessary cookies are absolutely essential for the website to function properly. These cookies ensure basic functionalities and security features of the website, anonymously.
Functional
Functional cookies help to perform certain functionalities like sharing the content of the website on social media platforms, collect feedbacks, and other third-party features.
Performance
Performance cookies are used to understand and analyze the key performance indexes of the website which helps in delivering a better user experience for the visitors.
Analytics
Analytical cookies are used to understand how visitors interact with the website. These cookies help provide information on metrics the number of visitors, bounce rate, traffic source, etc.
Advertisement
Advertisement cookies are used to provide visitors with relevant ads and marketing campaigns. These cookies track visitors across websites and collect information to provide customized ads.
Others
Other uncategorized cookies are those that are being analyzed and have not been classified into a category as yet.
SAVE & ACCEPT
Contact us