Why choose for studying abroad in Madrid?

Madrid is the capital (since 1561) and largest city of Spain with almost 3.3 million inhabitants. It is the third biggest city in the European Union (behind London and Berlin).

It is in the center of the Iberian Peninsula and is surrounded by mountains and natural parks. The city has traditionally been the hub between different areas of Spain and is therefore connected to all major Spanish cities by train, road, or air.

Full of energy and packed with cultural attractions, Madrid is a modern metropolis that offers a taste of the real Spain. The wide avenues are congested with traffic, but beautiful parks break up the urban sprawl. Madrid doesn’t have the traditional charm of Andalusia or the beauty of Barcelona, instead, it offers exciting atmosphere and is constantly buzzing with activity.

Madrid`s inhabitants (Madrileños) are known to keep late hours – partly due to the heat in summer – which means that people eat and go out late. Consequently, theaters and cinemas begin their performances late, and then there is the siesta, although with more international influence and modern business methods this long midday break has become slightly less common. Anyway, Madrid can be characterized as a cosmopolitan city with many immigrants from mainly Latin America but also from Asia, North Africa and other European countries.

LEAP is an end-to-end student platform, which offers services in the country where you need them most - Spain.

Madrid has a lot of interesting attractions that offer both culture and amusement.

The city is full of great monuments, like the royal palace, the Plaza Mayor or the many statuettes. The museums Del Prado, Reina Sofia or Thyssen offer some of the most fantastic collections of famous Spanish painters like Velazquez, Goya, Picasso, or Miro. Madrid is home to two famous football clubs (Real Madrid and Club Atlético de Madrid) and the annual matches against FC Barcelona mark highlights every year.

Madrid is one of the most attractive student destinations in Europe; some of its universities and business schools are among the oldest and most prestigious educational institutions worldwide. Students will easily find numerous education opportunities in Madrid. In the recent past Madrid as also developed a start-up scene, a fact that makes it even more attractive as a Study destination. Matched only by Barcelona the city is offering fantastic opportunities for students who have finished their studies and start looking for exciting jobs where they can apply their acquired knowledge and skills. 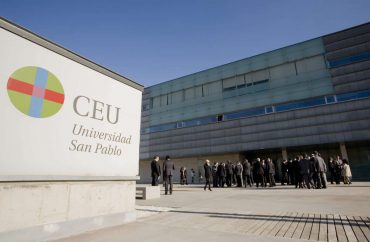 Check out the top-rated private business schools in Madrid.

Cost of living (Euros per month)

One way to handle the cost  of studying abroad in Madrid can be to work part-time during semester breaks or even in parallel to your studies. Students with a student visa can work up to 20 hours per week in any given sector. If you desire to work more, then you need to sign up for a work permit and a residence visa which you can acquire at the Spanish Consulate in your home country.

For most jobs you will also need to speak and understand Spanish. You can also work as an intern at a university. Wages in Spain are not as high as in some other Western European countries, but on the other hand this is mirrored by a relatively low cost of living. Depending on the hours worked you can expect to earn up to 600 – 800 Euro per month for a student job or internship.

Contact LEAP to receive more information about the current students’ jobs available in sectors as: 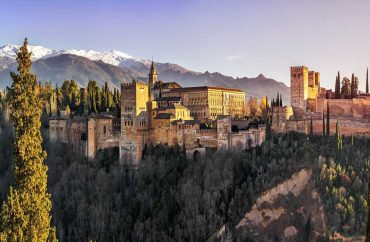 As the third largest city of Spain, Valencia is not only the epicenter of Science and Art, but also has great beaches, diverse culture and international students. On a global scale, Valencia takes rank 74 in the category "Best Student Cities Worldwide".