From Barcelona to the world

Centrally located in Southern Europe, Barcelona is well connected to all European capitals.

Within less than two hours of travel time, you can explore a great variety of outstanding cities, countries, and cultures around Barcelona & Spain.

Here are some of the Highlights:

With 20 million visitors per year, Europe’s most visited city is diverse and always in style. 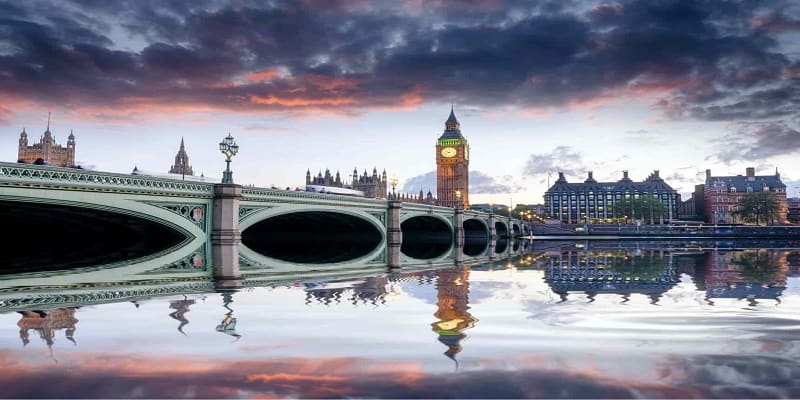 Every month you can go back if you like and find something new to surprise you at all times.

You will see all the highlights from the movies: 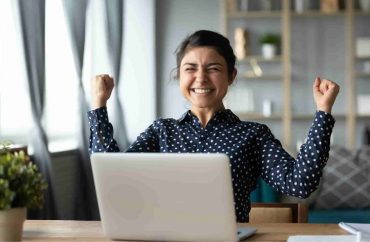 Find out what Spain's #1 student consultancy can do for you. LEAP is an end-to-end student platform which offers services in the country where you need them most - Spain.

Visit them all and walk along Montmartre’s wonderful avenues and alleys.

Sit at tiny tables in pavement cafes and enjoy the Seine from its banks or on the deck of a “Bateau Mouche”.

Wander on one of the world’s most beautiful squares, the Unesco World Heritage Site, the Grand Place; Tassel Hotel, the birthplace of art nouveau, MannekenPis, Europe’s first commercial galleries, and the Comic Museum, where Tintin is the main protagonist.

Chocolate, cheese, and beer are the essential elements of the culinary culture, but there are many more interesting things to try. 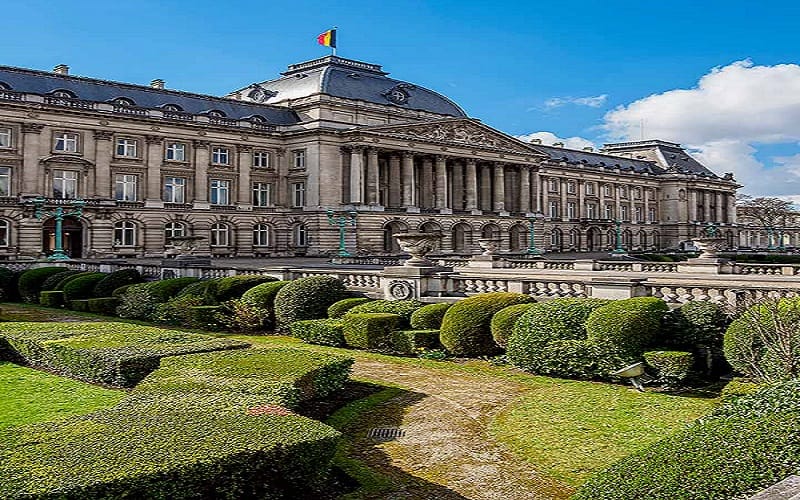 The most famous museums in the city are the Van Gogh Museum and the Rembrandt House Museum, with the world’s largest collection of Dutch art. 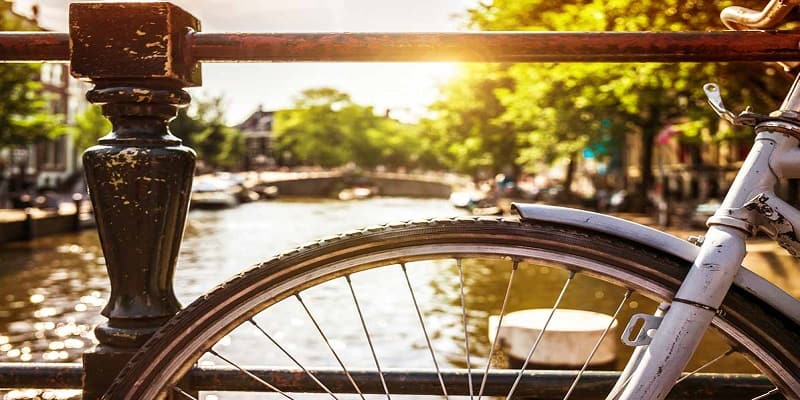 Dam Park, the flower market, Vondelpark, the coffee shop in the city – where cannabis and hashish are legal. The red light district is one of the most popular spots in the city.

Get around easily by renting a bike like the locals or take the tram. Another option is to go on a canal cruise to get a different take on the area.

Take Tram 28 to get an idea of what Lisbon is all about, passing Estrela, Barrio Alto, Chiado, Graça and Alfama, stopping at the National Pantheon, Cathedral or Sé, the viewpoint at Portas do Sol and São Jorge Castle. 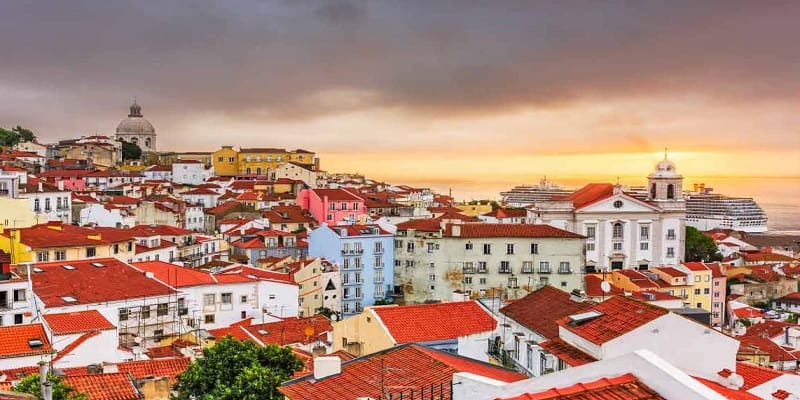 There are, in reality, many different Madrids: the Austrian neighborhood in the historic center, where you will find the Plaza Mayor, Puerta del Sol, Plaza de Oriente, Palacio Real and the Cathedral of Almudena.

And where you will have to try churros and Porras in San Ginés; the Madrid of the Paseo del Arte, where you will find the museums of Prado, Thyssen-Bornemisza and Queen Sofia in one kilometer’s distance. 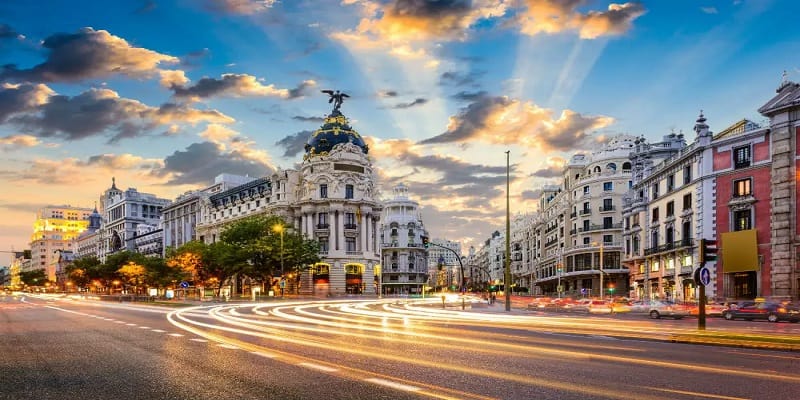 The multilingual Lavapiés; the bohemian neighborhood of Chueca; the authentic Madrid of El Rastro, an open-air market where you can buy anything on Sundays and public holidays; the theaters and musicals of Madrid; and the greener Madrid of El RetiroParc.

You can take the AVE high-speed train here by plane or onboard. 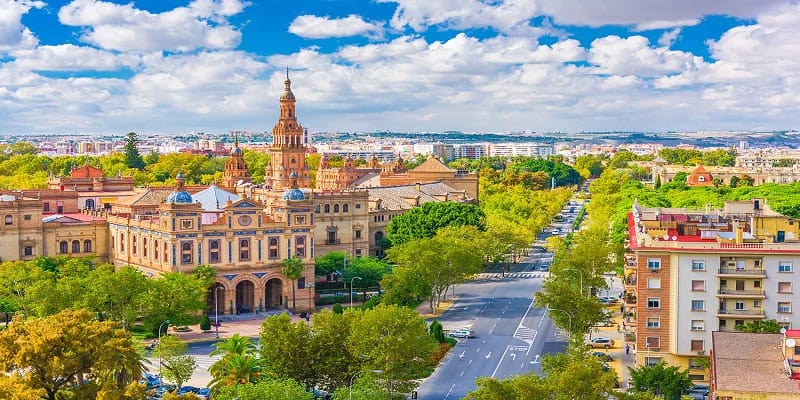 Waiting for you is the Giralda, the Gothic Cathedral, the Real Alcázar, María Luisa Park, the Plaza de España and the flamenco spirit of the Triana neighborhood.

Architecture, but also tapas and manzanilla, friendly people, the scent of blooming orange trees, the April fair, and the Easter processions – all the things you’ll never forget.

For any day of the year, Berlin is a good option.

Sure, it can get cold in winter, but it’s a treat for Christmas markets. You’re going to be surprised to see so few cars in the area. 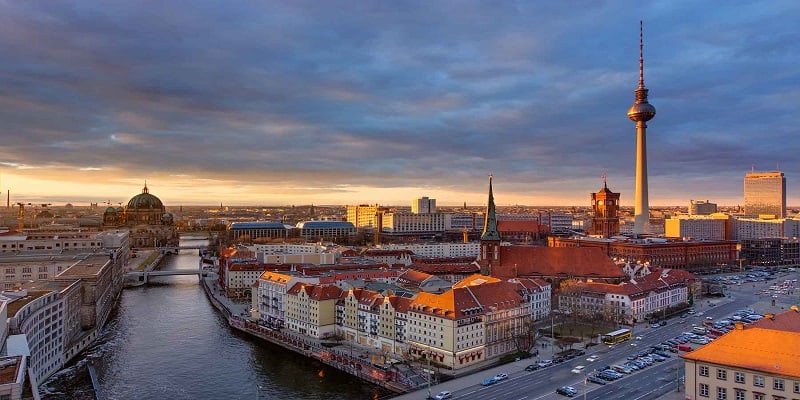 Take advantage of their absence and ride to its most emblematic sights with a bike, like native Berliners.

For example the Brandenburg Gate, Potsdamer Platz, Alexanderplatz, the Reichstag, Museum Island, the East Side Gallery, and the Holocaust Memorial.

Berlin is infamous for all the options of partying; they are virtually infinite as night falls.

Munich, located near the Alps in Southern Germany, is home to century-old buildings and numerous museums.

The city is known for its annual Oktoberfest celebration and breweries, including the famous Hofbräuhaus, founded in 1589. 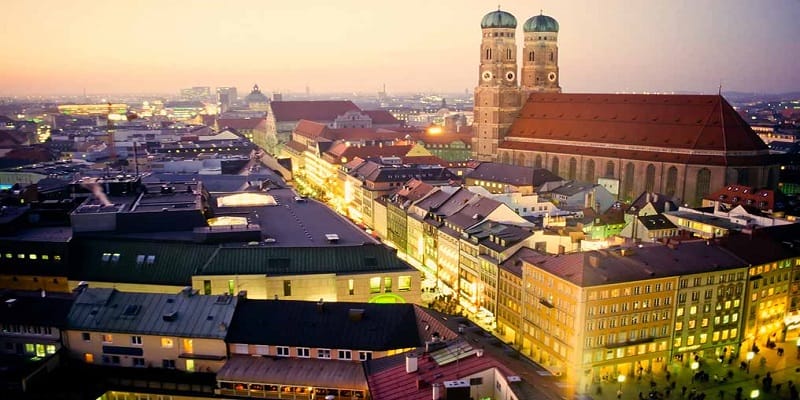 In the Altstadt (Old Town), the central square Marienplatz contains sights such as the Neo-Gothic Neues Rathaus (municipal palace) with a famous glockenspiel show that resonates and re-enacts stories from the 16th century.

You get the impression that you’re wandering around a museum in Czechia capital Prague. 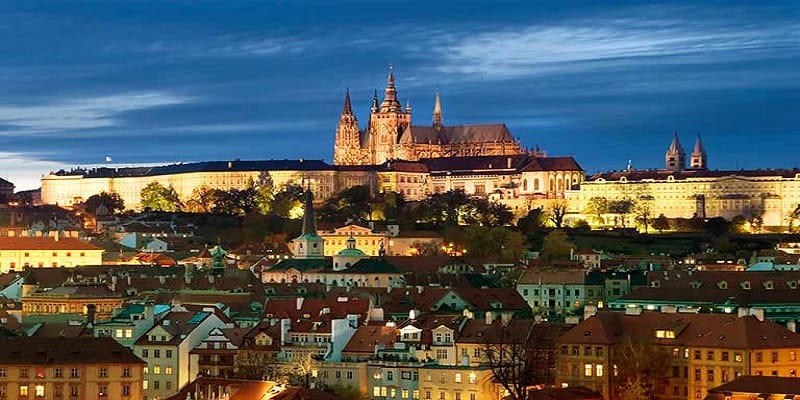 For great views, ascend up the tower of Saint Vit Cathedral, inside the castle, from where you can see the historic center –  a UNESCO World Heritage Site, the Old Town Square, the Town Hall with the astronomical clock on its southern wall, a true sight when it reaches every hour.

Visit the Jewish cemetery and the Charles Bridge. The city’s most famous bridge in Prague, which connects the Old Town with the Lesser Town. 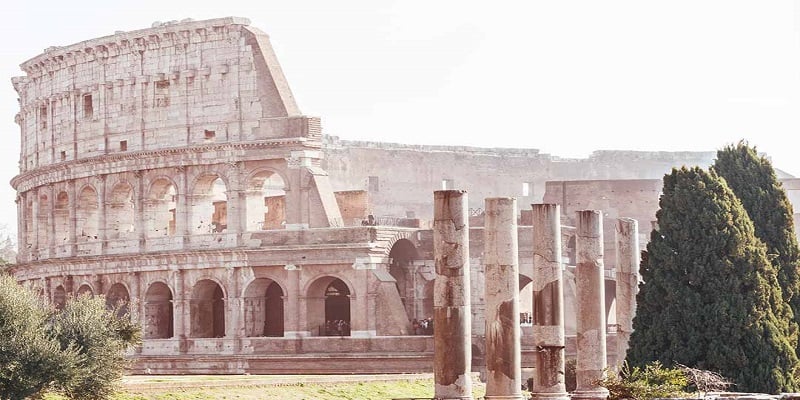 “Roma, non basta una vita,” but do as much as possible and note that Italian food is more than spaghetti, pizza, and ice cream.

Switzerland´s capital is quiet and small, with about 133,000 inhabitants.

Walking through the medieval historic center, a UNESCO World Heritage Site is a delight.

6 km of arcades and fountains with Renaissance figures, the clock tower, the house-museum of Einstein, the cathedral, the bear pit, and the Paul Klee Centre, dedicated to the Swiss painter. 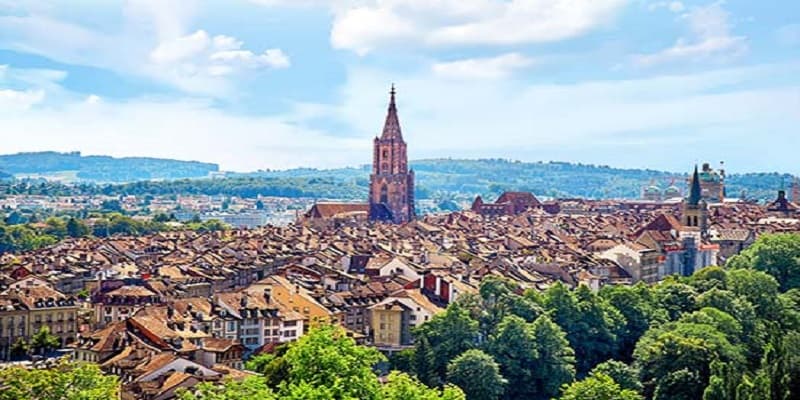 You can find the rose garden at the top of a hill, which provides beautiful views of the city.

Zurich with its 400,000 inhabitants is an international banking and financial center, located at Lake Zurich, in northern Switzerland. 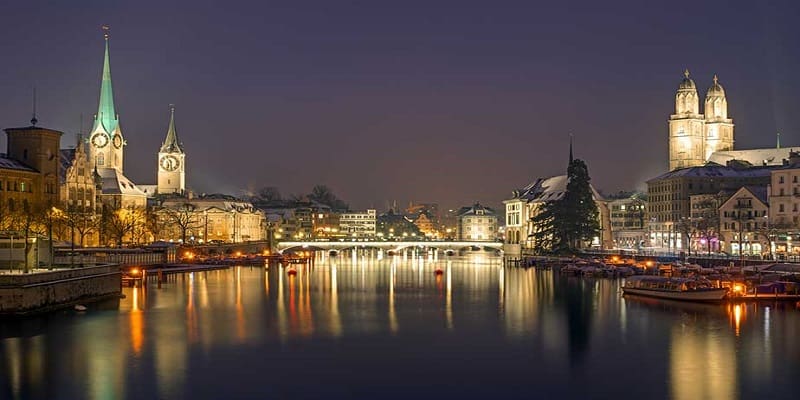 The picturesque pathways in the center of Altstadt (Old Town), reflect its pre-medieval history.

Boardwalks along the shore, such as Limmatquai, follow the river towards Rathaus, the city hall, which dates from the 17th century.

Bahnhofstrasse, a shopping boulevard full of designer shops and banks and Niederdorf, the popular nightlife area.

Vienna, the capital of Austria, is located on the banks of the Danube River. Its an artistic and intellectual legacy includes the works of figures such as Mozart, Beethoven, and Sigmund Freud, who lived in it.

The city is also known for its imperial palaces, such as Schönbrunn, the Habsburg family’s summer home. 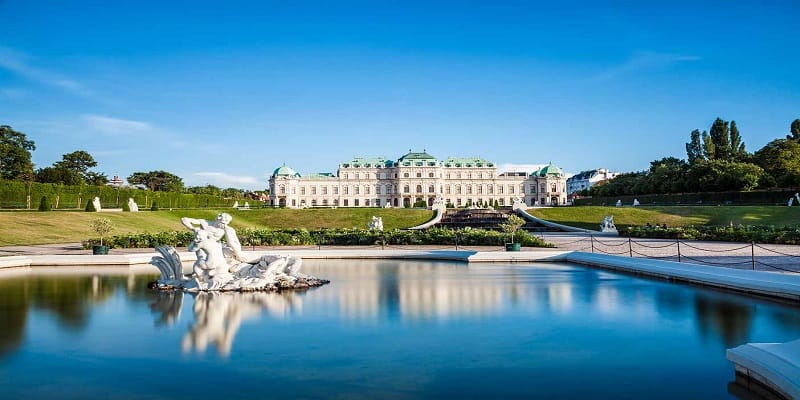 Vienna boasts many more attractions marking the rich history of the city like Hofburg, Belvedere Palace, and Stephansdom 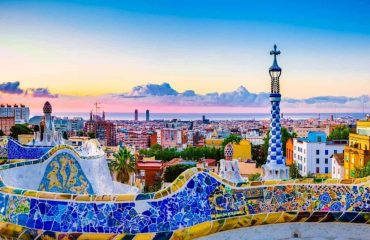